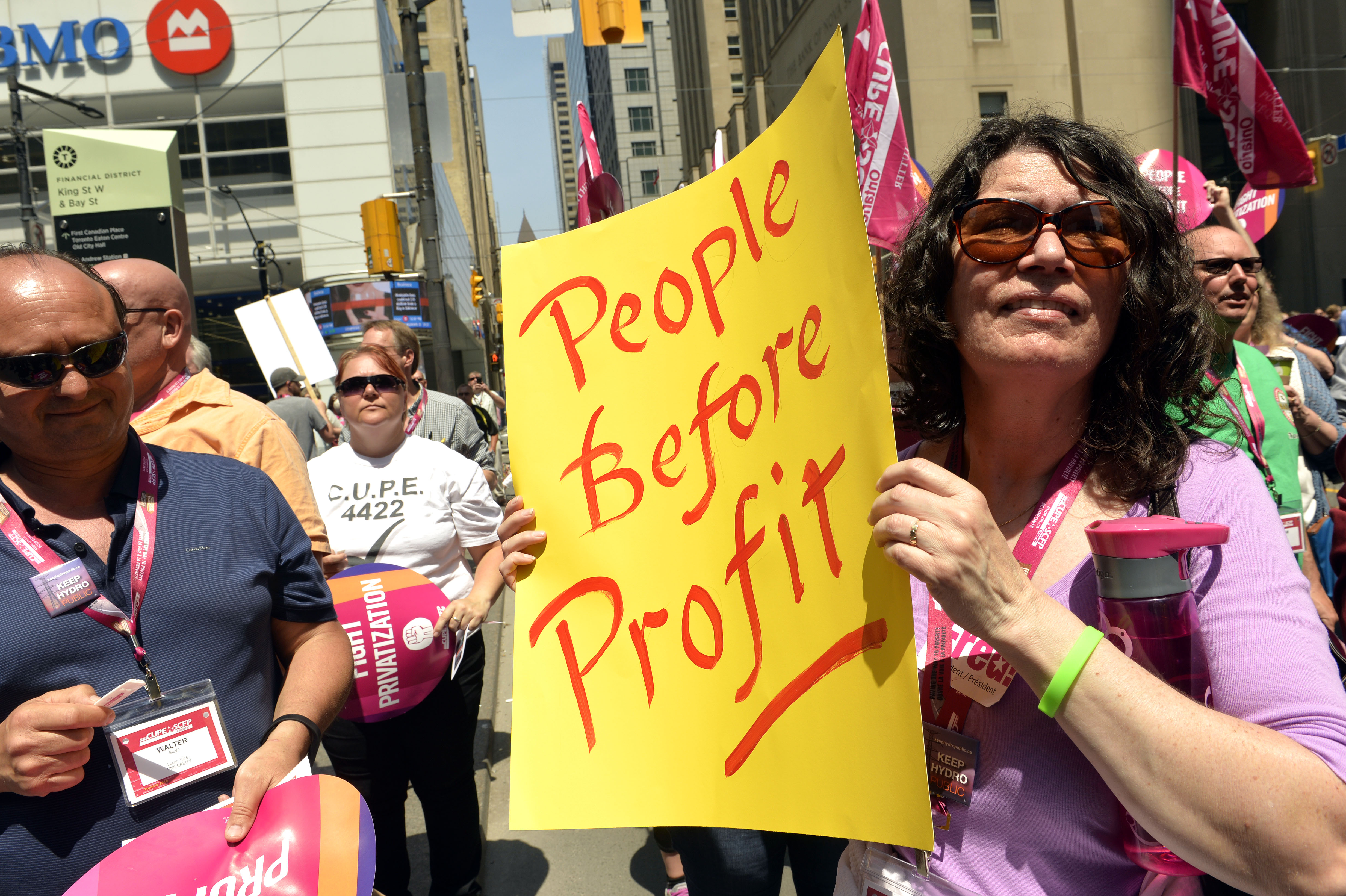 “The employment reality for millions of Ontarians is one of multiple part-time jobs, short-term contracts, disappearing well-paid, industrial jobs and public service workers trying to meet constantly increasing demands with constantly decreasing resources,” said Hahn. “Workers’ rights have been eroded in this province and that needs to change.”

It is widely recognized that both the Employment Standards Act and Labour Relations Act need to be amended in order to provide greater protection for Ontario workers. Today’s much anticipated interim report by the Ontario government’s Changing Workplaces Review Special Advisors, substantively outlines the need for fundamental changes to address the increasing precarious nature of work.

“Working people are living in a state of constant stress, finding it harder and harder to make ends meet. Most of these workers do not have union protection and their fear of losing employment is stopping many from speaking up when their rights and safety are being compromised,” said Candace Rennick, Secretary-Treasurer of CUPE Ontario. “We are very pleased to see that the committee has recognized that the government has a critical role to play in improving the lives of working people.”

The report identifies several actions the government could take including:

“We are very pleased to see these proposals, but the reality is that for most people this is just a report. It’s done a good job of outlining the problems workers are facing and some potential solutions, but what’s needed now is action,” said Rennick. “The government could do two things today that would vastly improve the lives of many people in the province – raise the minimum wage to $15 an hour and make it easier for workers to join a union.”

CUPE is Ontario’s community union, with more than 250,000 members providing quality public services we all rely on, in every part of the province, every day. CUPE Ontario members are proud to work in social services, health care, municipalities, school boards, universities and airlines.