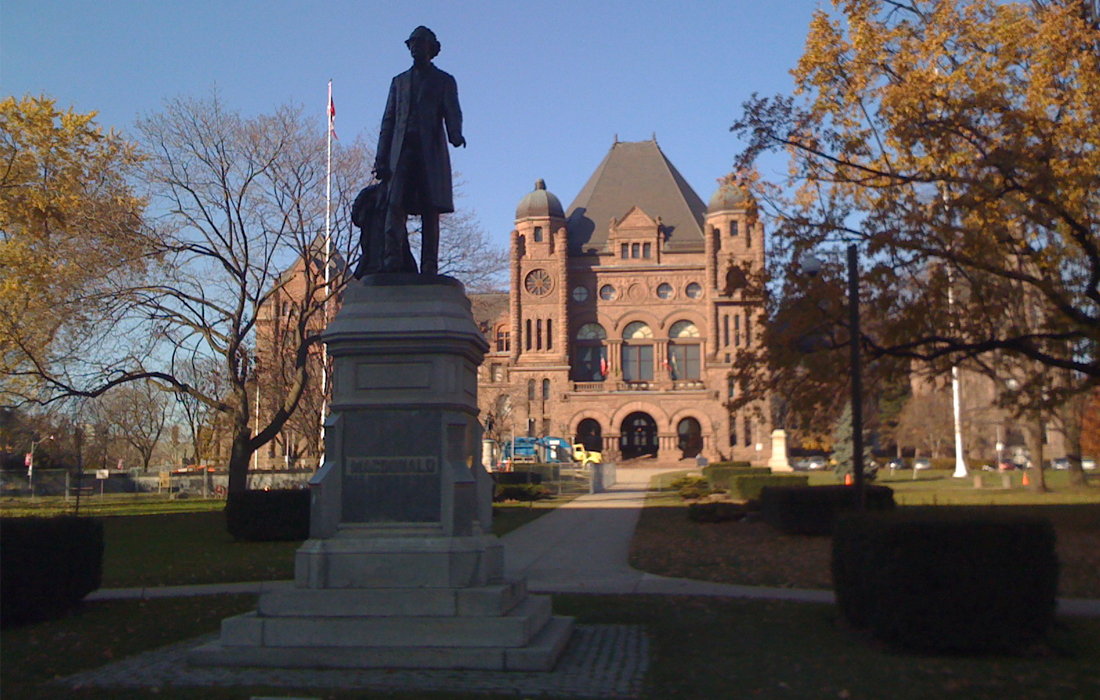 Striking workers from the Region of Peel Children’s Aid Society (Peel CAS) were at Queen’s Park yesterday to ask the government to do what it can to break the deadlock in their ten-week-long strike.

Members of Local 4914 of the Canadian Union of Public Employees (CUPE 4914) which represents 435 front-line, administrative and support staff for Peel CAS have been on strike since September 18. The largest remaining outstanding issues are caseload and job evaluation language with front-line workers stating that addressing these issues will prevent children from falling through the cracks due to workload issues and will bring Peel CAS in line with comparably-funded agencies.

“This is not about money,” said Sonia Yung, President of CUPE Local 4914, “this is about doing what is right to protect one of the most vulnerable populations in Peel Region.” The strike has carried on for ten weeks despite the union’s repeated requests to get back to the bargaining table and offer to take the outstanding issues to binding arbitration. “We have shown that we are the only side that is serious about ending this strike. We believe that we can negotiate this deal, and we also believe that an arbitrator will recognize that these issues are about the children’s well-being,” she said, explaining CUPE 4914’s presence at Queen’s Park. “If Peel CAS won’t do what is right for the children and families of Peel, then we turn to the government to do what is right and act to break this deadlock.”

Several NDP MPPs joined CUPE Local 4914 in asking the government to act. Yesterday, Ontario NDP Children and Youth Services Critic, Monique Taylor, called attention to the strike and the need for caseload caps so that vulnerable children get the care they need. Today, Hamilton East–Stoney Creek MPP Paul Miller gave a statement on the strike and Ontario NDP Deputy Leader Jagmeet Singh compared the situation in Peel to similar jurisdictions, asking whether the children of Peel deserve the same quality of care. In response, Deputy Premier Deb Matthews reiterated that the government could not comment on the specifics of the dispute, but everyone involved needs to do everything they can for the children of Peel.

As of today, no future bargaining dates have been scheduled.